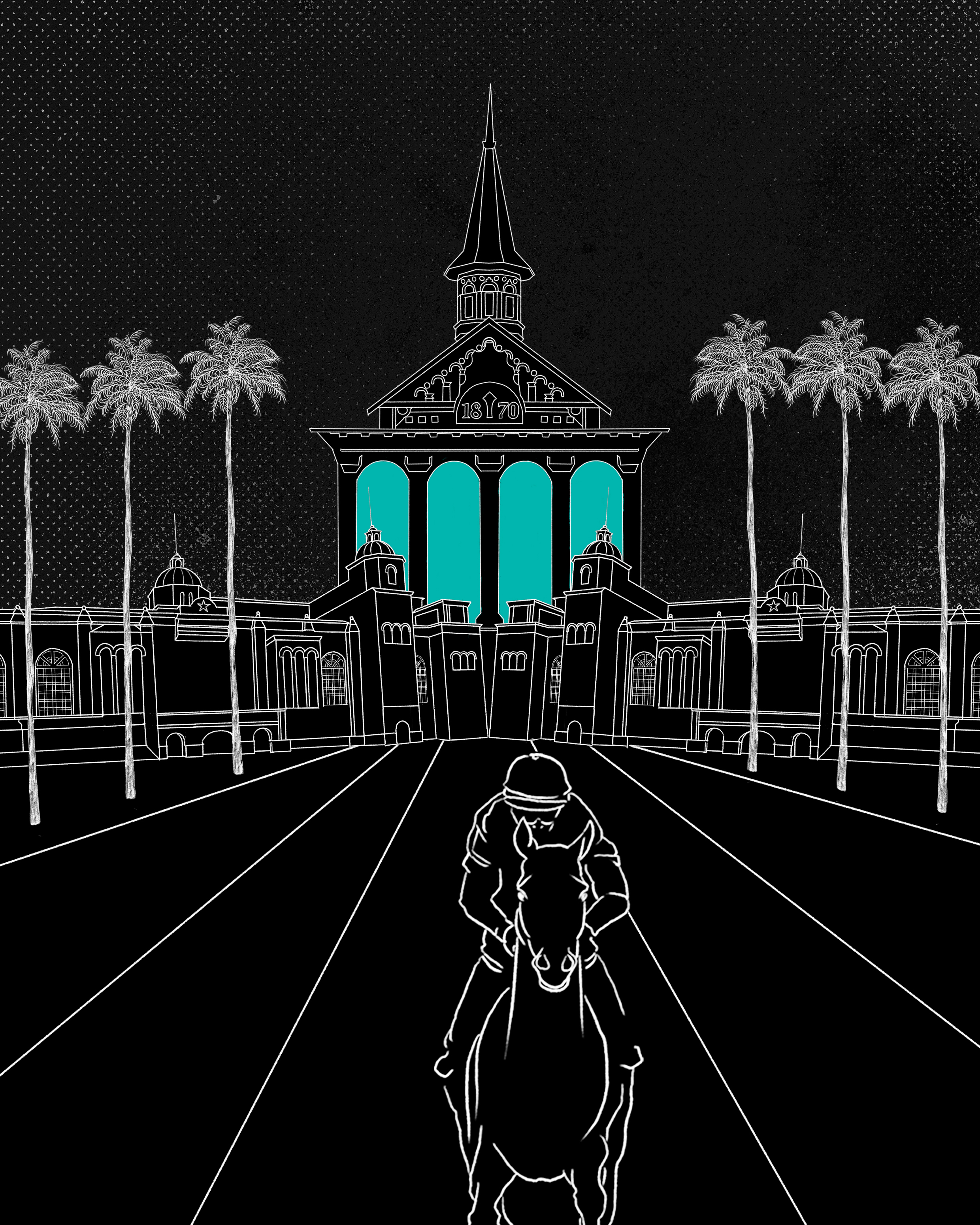 An architectural mash-up of 12 different racecourses which have hosted the Breeders’ Cup since its inception in 1984.

The 14 races, which take place on Friday and Saturday, return to Churchill Downs in Louisville, after a 6 year gap.

This year has seen a record number of pre-entries and of international-based starters, including 34 for GB and IRE.

David Simcock has one runner in the Mile: Lightening Spear (Oisin Murphy for Qatar Racing).