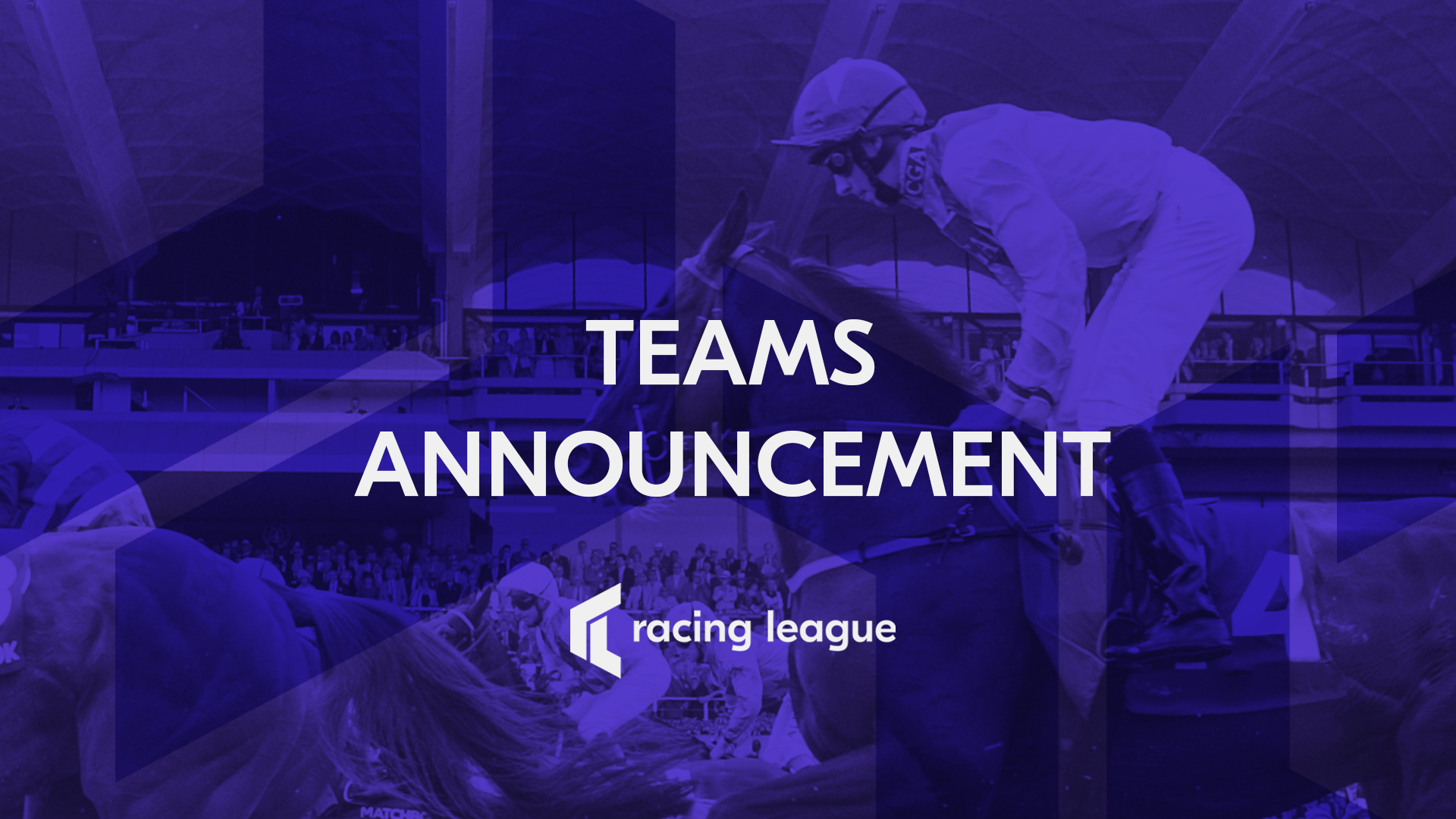 We are delighted to announce the first 6 teams who will take part in the inaugural Racing League 2021, where 12 teams will compete across 36 races, each worth £50,000 with total prize money of £1.8m.

The first 6 teams are comprised of 17 trainers from the UK and Ireland, with 2-4 trainers representing each team and entering a squad of 30 horses between them.

The North is represented by dual-purpose trainer Tim Easterby and Richard Fahey, both from North Yorkshire.

Sussex and Surrey will be represented on track by a group of 4 trainers; Amanda Perrett and David Menuisier, who are both based at Coombelands in the West Sussex countryside, will join forces with a fellow West Sussex resident Gary Moore who trains under both codes, and George Baker who trains from Surrey.

A further two teams are based in the South West; Andrew Balding and Richard Hannon will form one team, whilst another team will be headed up by Roger Charlton, Alan King, Martyn Meade and Brian Meehan.

Finally, an Irish team will be led by dual-purpose trainer Joseph O’Brien and his younger brother Donnacha, who took up training at the beginning of this year after retiring from the saddle.